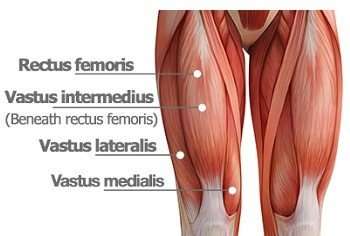 In a recent conversation with a group of physical therapists, athletic trainers, and strength and conditioning coach’s, the subject matter progressed to an MVP NFL Quarterback who had laterally dislocated their patella during a game day competition. When the discussion evolved to the rehabilitation as well as the post-rehabilitation “return to play” (RTP) training of this athlete’s knee, two suggestions mentioned for inclusion in the program design were the isolated strengthening of the vastus medialis obliquus (VMO) muscle and the stretching of the iliotibial band (ITB). While the intention of these recommendations are commendable, what is concerning is these exercise philosophies have been documented as fallacies decades ago. Although these viewpoints are without substance, there appear to be professionals whom still accept and validate these myths. 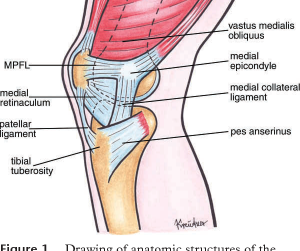 Many rehabilitation and/or performance enhancement training program designs may include exercises with the attempt to isolate the Vastus Medialis Obliquus muscle (VMO) to address the previously mentioned knee condition. Although this VMO exercise isolation “myth” has been negated at least 20 years ago (1, 2) it continues to presently endure.  The attempt to isolate VMO muscle activity, may include but are not limited to the following exercises:

These exercises may or may not be performed with the adjunct application of electric stimulation. 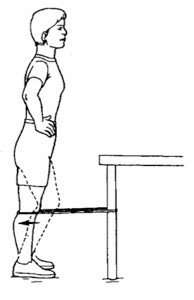 Figure 2a and 2b Open and Closed Kinetic Chain TKE’s

Although these exercises will enhance the strength of the quadriceps muscles, assisting in resolving the athlete’s knee pathology, this improvement is not due to isolation of the VMO. In addition, the reasoning why some professionals formulate the performance of SLR with external rotation is based on the false premise that by externally rotating the femur will result in further activation of the VMO. (Figure 3) 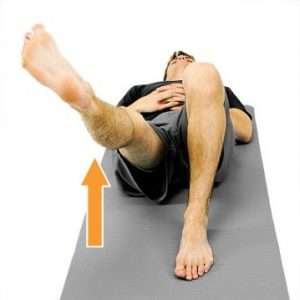 The knee is a hinge joint and during the execution of a SLR, the force of gravity will act in a perpendicular manner between the knee and ground surface. The quadriceps mechanism will now be required to resist the resultant force attempting to flex the knee as this is the only contractile soft tissue structure that is capable of resisting that force.  The quadriceps mechanism like any other dynamic anatomical structure can only resist this external force via the neural activation of the muscle group. The external rotation of the femur gives rise to the placement of stress on medial collateral ligament (MCL), a static stabilizer of the knee (Figure 4). 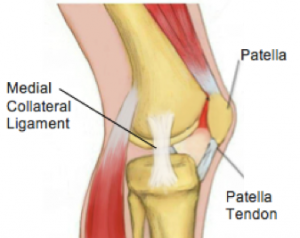 The external rotation treatment philosophy actually removes stress from the very muscle(s) attempting to be enhanced.  As an example a patient with a diagnosis of polio, a condition affecting the anterior horn of the femoral nerve or a patient with a quadriceps tendon rupture can still perform a SLR when externally rotating their femur based on the contributions of the adductor muscle group of the hip (adductor magnus, longus, and brevis, pectineus, gracilis and obturator externus) via innervation from the obturator nerve as well as the static stabilizing properties of the MCL.  Therefore one may inquire why would a professional who is attempting to activate and enhance the quadriceps muscle group perform the SLR exercise in the external rotation position.

The Anatomy and Neuroanatomy of the Quadriceps Muscle Group 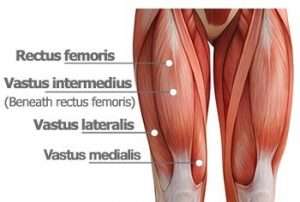 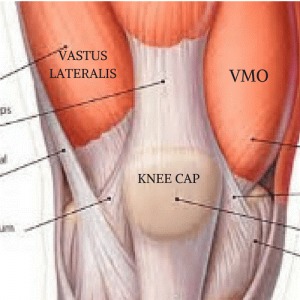 The neuroanatomy of the quadriceps muscle complex reveals an innervation from the femoral nerve (Figure 7).  The femoral nerve is comprised of large motor units that innervate all four heads of the quadriceps without individual fine motor unit innervation of the separate muscle heads.  Therefore, since the vastus medialis (nor the VMO) does not have a distinct and separate nerve innervation, it is not possible to “isolate” this muscle from the other quadriceps muscles via a specific exercise performance. 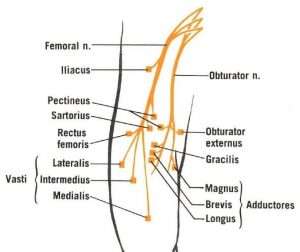 The most beneficial way to enhance the VMO is to incorporate the same exercise philosophy used to improve any other muscle or muscle group, the application of unaccustomed stress. The application of unaccustomed yet safe levels of programed stress is simply known as the “overload principle”. This principle may be accomplished most commonly in two ways; expose the athlete to higher levels of unaccustomed yet appropriate external resistance (i.e. weight intensity) or “overload” the athlete by increasing the velocity of the executed movement. Both of these methods will result in a positive adaption of the entire quadriceps muscle group.

Stress transpires throughout the kinetic chain of the lower extremity during the performance of activities of daily living (ADL’s) as well as athletic endeavors, thus the activities prescribed for patellofemoral pathology should also include exercises that place emphasis upon the hip as well as the foot and ankle musculature. “Critical thinking” is a requirement for the approach to the athlete’s optimal exercise selection and program design. The rehabilitation and performance enhancement professional’s obligation to provide optimal treatment and/or performance enhancement training does not include the application of myths or fables during the programing of the exercises to be executed.

An additional suggested treatment and performance enhancement training strategy that occurred during the aforementioned patella injury discussion is the “permanent” change in soft tissue length via the stretching of the iliotibial band (ITB). This is another misconception that has also stood the test of time. The ITB is a distal continuation of the fascia arising from the tensor fascia lata (TFL), gluteus maximus, and gluteus medius muscles. The ITB serves as a supportive fascial structure that encapsulates the TFL muscle proximally and spans laterally along the lower extremity to attach to Gerdy’s (anterolateral tibial) tubercle (Figure 8).

Many rehabilitation and performance enhancement professionals utilize various manual and commercial (foam rollers) soft tissue techniques in an attempt to “stretch” the ITB. However, the question arises, can the ITB really be “permanently” stretched? The answer is no it cannot. With specific regard to the ITB, a demonstrated predicted load of 2,040 pounds (927 Kg) and a force of 1,015 pounds (461 Kg) are needed to produce 1% of compression and shear forces respectively (5) upon this anatomical structure. It is highly doubtful that these high forces may be reproduced with any manual technique or commercially applied soft tissue device.

The ITB has also been utilized as an autograft of choice for primary anterior cruciate ligament reconstructions (ACLR’s) (6), physeal-sparing ACL procedures in skeletally immature prepubescent children (7), ACLR lateral sling augmentation (8), and the reconstruction of the anterolateral (ALL) ligament of the knee (9). If this anatomical soft tissue structure permanently maintained an increase in length or “stretched out” so to speak, how could the ITB possibly be considered as an appropriate surgical graft choice in restoring knee stability via ACL reconstruction surgery?

What Part of this Complex Does Stretch?

If a lengthening of the lateral soft tissue structures of the lower extremity is desired, there does appear to be a potential elongation of soft tissue at the proximal iliotibial band-tensor fascia lata complex (ITBTFLC) as well as at the gluteal region (10, 11).  While elongation in the mid to distal aspect of the ITB does not result in length changes the increased lengthening response in the proximal lower extremity region is likely due to the presence of the TFL, the area where greatest deformation with the least resistance to applied stress occurs (10). Foam rolling directly over the ITB also results in no increase in hip adduction (soft tissue lengthening) range of motion (ROM) as measured by a modified OBER test (11). However, foam rolling over the soft tissue gluteal region, where the fan shaped fibers converge and blend with the ITB superficially, resulted in an immediate and significant increase (soft tissue elongation) in hip adduction ROM (11). When applying techniques for desired soft tissue elongation to the lateral aspect of the lower extremity, areas of focus should include the gluteal region and the ITBTFLC as to place emphasis directly upon the ITB will not result in a lengthening of this anatomical soft tissue structure.